“Are you spiritual?” “I think you are quite spiritual!””I can see that you are not spiritual!” – questions and comments in that direction I have heard over the years. And they always rattle me. I don’t really know what to say to that. I don`t follow a religion, but I do believe that there is “something”. But is that spiritual?!

So, while reading a book about mindfulness I came across this subject again. And I decided to dig a bit deeper. What does “being spiritual” really mean and is there a ‘one-fits-all’ definition? Perhaps I have it all wrong myself? 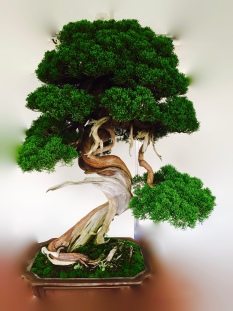 As per Wikipedia the traditional spirituality “referred to a religious process of re-formation […] oriented at the image of God exemplified by the Torah, Christ, Buddha, Muhammad and others.” Ok, that is clear and I can say that this isn’t me.

But it’s not that easy and straight forward. Because “a survey of reviews by McCarroll dealing with the topic of spirituality gave twenty-seven [27!] explicit definitions, among which there was little agreement.”

And here we start with the confusion again! Because looking into that then spirituality can mean anything from the “experience of a sacred dimension”, and the “deepest values and meanings by which people live, usually in a context separate from organised religious institutions.”

Going further we go into Modern Spirituality. There, spirituality “includes a belief in a supernatural realm, personal growth, a quest for an ultimate/sacred meaning, religious experience, or an encounter with one’s own “inner dimension”.”

So to me, it seems that the meaning of spirituality has changed and has been expanded over time. And it’s not a fixed ‘one-fits-all’ definition!

But let’s go a step further and have a quick look into the root word. The Latin word spiritus means ‘breath’. And it has been said that “spiritual” has to do with the essence of living because we need the breath to live.

Finally, I came across the phrase “Spiritual but not religious” and something clicked and I thought I’m getting somewhere. In that phrase, we step away from the old spiritual definition and a religious context. Instead, we look into the holistic approach where we focus on the well-being of the “mind-body-spirit”.

And yes, to that one I can relate. And if I and others define spiritual in that way then yes I am more spiritual than I actually thought.

How about you, are you spiritual?!

Have a lovely day

This site uses Akismet to reduce spam. Learn how your comment data is processed.